The anxiety of shopping with a toddler

Home Blog The anxiety of shopping with a toddler The anxiety of shopping with a toddler

If like me, you don’t have a helper or nanny then you know that anywhere you need to go, baby tags along. I have to weigh first how much Hubby might need me or if he could handle whatever it is on his own. Then I let him go without us because toddlers are an unpredictable volcano waiting to erupt at the slightest of provocation…what am I saying they don’t need any of that to act up. So if I can save us an adventure to the mall then by all means. I always lie to myself and say we will be in and out of the mall and home before Ari gets restless, who am I kidding.

Our last visit to the Mall was a thing out of a comedy sitcom, we started on a good note. Ari was excited to be somewhere new and different, and much to my worry she was happy to sit in the trolley. The best advice when at the mall is to get a trolley, it helps if you don’t have a stroller. In my case, Ari wants to be part of whatever is happening and that means being inside the trolley Mommy is driving. 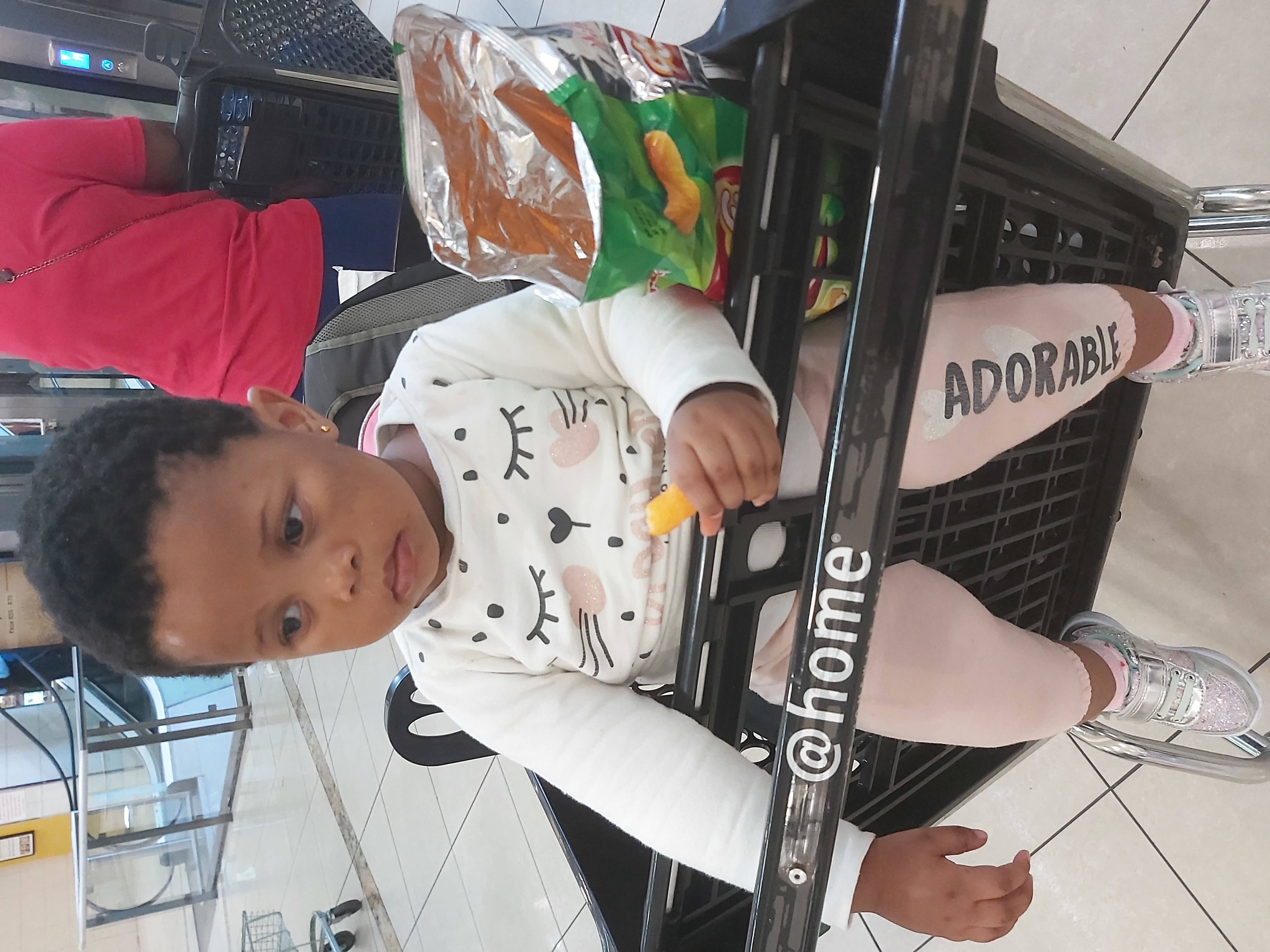 All was well, Ari in the trolley Mommy and Daddy busy running errands with the occasional tickle and giggle for our girl then she decided she would rather walk with us. She ran all over the place screaming through giggles of excitement (from the freedom I suppose), waving at anyone who offered to wave back and giving smiles to those who gushed over how cute she was. Ari is a colourful character! Hubby and I took turns chasing her and apologizing to people she bumped – some people are just not patient when it comes to kids running around the store. Little do they know that as parents we choose our battles, running toddler or a crying tantrum filled toddler.

The funny part is when she recognizes things we put in the trolley and cries for them like bread, juice, chips, and fruit you name it, she wants it. She either eats what she wanted or throws it on the floor – a colourful girl I said. A plan that has been working for me is opening a pack of chips and settling them next to her on the trolley she gets busy eating and we get on with our business. Her quest to uncover the mysteries the store had, lead her to grab the hand of a manikin dressed in women’s clothing, she must have thought it’s a person. She was so cute tugging at its hand, she is so adorable!

The fact that she can walk and grab things remains the scariest thing ever, especially in stores where you would have to pay. Imagine paying for things you won’t ever get to use!

By the time we made our way out of the mall I had already given up on the judgment stares I got for letting my baby lie on the floor or letting her stand just randomly with me by her side till she was ready to walk. Or letting her think she could drive the trolley and bumping the shelves and everyone in her effort to break away from my control of the trolley. Then finally letting out a hysterical cry when I decided her tantrums would be better than the damage she would create for us driving the trolley with her head bent down because she knows nothing about watching your surroundings and being careful not to bump into things.

You would think I am used to her unpredictable state by now. When she is behaving she does it excellently and when she challenges you with a tantrum, even your neck starts sweating…you never know what her next move would be and just a little secrete these monsters feed off the mercy of bystanders who beg for you to forgive the cute adorable baby!

The is no plan to deal with unexpected horrors of going out with a toddler, be a Mom outsmart them, play tricks and remember to breathe!

The anxiety of shopping with a toddler Tags

My not so little toddler is a big girl now